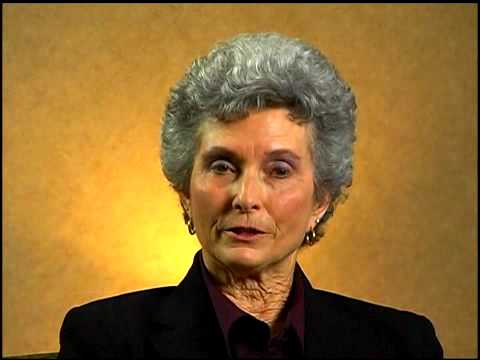 Prayers Do Get Answered

My journey to better health and an energetic life began in a very strange way – at my husband’s Christmas luncheon in December of 2002, he drew the name of the Gilroy office secretary, Sue Wallen to sit by. He struck up a conversation after noticing her unusual lunch (steamed vegetables and a baked potato). She told him she was on a program designed by Dr. John McDougall that was making a huge difference in her life with weight loss and better health. He was very excited when he came home and began explaining to me what he had heard. My initial reaction was “I can’t do that, I love meat, chicken, fish and cheese too much,” and “where will I get my protein and calcium from?” Does that sound familiar? Let me back up a little and give you a brief history of where I was coming from. I had been on the Protein Power and Carbohydrate Addicts diet for just over one year and my cholesterol had climbed from 237 to 283 mg/dL and my triglycerides were at 242 mg/dL. I was a lifetime member of Weight Watchers, but never could get back down to my goal weight after 20 years of intermittent efforts. I had tried Nutrisystems – got to my goal weight, and then gained it all back, plus some – Jenny Craig, hypnosis, acupuncture, portion control, Atkins and anything else that I thought would give me the miracle weight loss I was searching for.

By December of 2002 my weight was up to my all time high of 175 lb. and I was on 3 blood pressure medications (Verapamil, Cozaar, and Norvasc) four times a day. I was taking Premarin and Vioxx (for hip pain). In October of 2002, I had had surgery and three weeks into recovery I was told I had a blood clot in my left leg. Immediately I was given Lovenox shots to thin my blood, and then placed on months of another blood thinner, Coumadin. No matter how hard I tried my blood pressure and weight kept going up, not down – I was miserable and desperate. I asked my husband to borrow the books and videos that Sue Wallen had offered him – and so began my campaign for self-recovery after I came to the conclusion that I could do anything for 12 days – I could give up my meat, chicken, fish and cheese and just see what happened. This approach would be a lot less crazy than any of the other diets I had done in the past – after all it was just vegetables.

I began my McDougall journey on January 6, 2003 as a size 16+ (and my pants were tight), with my very supportive husband. He didn’t need to lose weight, but he was willing to do whatever it took to help me regain my health. Thank God I didn’t have to do this all alone. I liked the McDougall recommended foods and didn’t crave or miss the meat, poultry, fish or cheese. I was excited and I was totally convinced that this would work for me. Six weeks of healthier foods (February 27, 2003) and my blood pressure reading was 128/80 mmHg and I stopped the remaining Verapamil. I was off all of my blood pressure medication for the first time in 15 years. I had lost 10 pounds in less than 2 months and my clothes were getting loose. More importantly, I had all of my energy back and everyone noticed the difference in me. I was no longer a drugged “walking zombie” that couldn’t sit down without falling asleep.

Unfortunately, 2 weeks later my blood pressure was beginning to go back up. I was discouraged and frustrated. I was also frightened because I didn’t want to go back on the medication and have those lousy feelings return – robbing me of my vitality and energy. Maybe I had gone off the medications too quickly? I chose a new doctor, who put me back on some blood pressure medications. My husband and I attended the Veg Faire at the Santa Clara Convention Center where Sue Wallen introduced us to Dr. John McDougall. During our brief conversation he encouraged me and gave me new hope. He told me to e-mail him and that began a long correspondence over the internet that became my lifeline. He was more accessible than my own doctor, whose office was less than 1 mile away from my home! By now I had lost 20 lb. and had gone from a size 16+ to a baggy size 14 and I noticed I was losing inches quicker than weight. I was walking and playing 18 holes of golf, going to the gym regularly, doing the Pace Circuit Training (similar to Curves), and walking.

My doctor began reducing my medications because I was dizzy and light-headed after playing golf. By July 7, 2003 I was off all blood pressure medication again! What if I had given up after that first setback, because I felt it was hopeless? That thought scares me now.

By December of 2003 I was down a total of 22 lb. and the pain in my hips and lower back had disappeared. Even though I was making progress and getting lots of helpful, but unofficial, advice from Dr. McDougall, I decided to attend the McDougall Clinic in Santa Rosa, California. By attending the clinic in June of 2004, I officially became his patient. I learned so much more about my health, and the personal medical care was well worth the time and cost. As of now, February of 2005, I have lost 30 pounds. This has never happened to me before – to be healthier and lighter 2 years after I started any other “diet.” More importantly, I am still not on any medication for blood pressure. My last cholesterol was 179 mg/dL (down 100 points) and triglycerides were 146 mg/dL. I now wear a loose size 12 – from a size 16+ to a size 12. I keep up with my grandchildren now – not bad for a 60 year-old “Nana”! My granddaughter, Brianna, and grandson, Cory, are a part of my motivation for staying on the McDougall Program, because I want to be around to see them grow up.

I have put off giving this story to Dr. McDougall, even though he has asked me several times to share it, because I am not quite “there” yet. My journey continues – but I remember everyday how far I have come and that keeps me encouraged. “Feeling great” is how I gage my health and progress. I am now sharing so others will benefit from hearing my story, and hopefully, will come away with my most important lesson – NEVER, NEVER GIVE UP!

People who have experienced “overnight successes” with their health have almost always been working on their transition for years – like Mary. Every month, when we run a 10-day Live-in McDougall Program in Santa Rosa, California almost two-thirds of the participants have come to us having “failed” for years to lose weight and regain their health – not just with other programs, like Weight Watchers, Jenny Craig, and Atkins – but with our program, too. The truth is that years of effort are usually required before people learn enough to change permanently their destructive habits. In fact, after hearing about all the attempts my new patients have made over the years, I know they have finally put in enough time to reach the end of their journey – at the McDougall Program we add the finishing touches. Our well-seasoned participants are one reason that our success rates are so high.

Notice that all of Mary’s improvements – weight, cholesterol, and blood pressure – have occurred concurrently, and at a similar rate. This is because her underlying health has been dramatically improving and her numbers simply reflect the benefits. Prior to learning about our program, her treatment was focused on improving the numbers with medications (Cozaar, Verapamil, etc.), rather than her overall health – as a result she stayed sick and fat, with lower numbers and on lots of medications. All along she knew this drug-based approach was wrong by the way she felt – fatigued and miserable.

Certainly, there is a place for medications, but only after every bit of good health has been squeezed out of your body with a highly effective diet and exercise program – and by cleaning up bad habits (coffee, alcohol, smoking, etc.). You can read more about the few medications I prescribe in my November 2004 newsletter article: Sick People Take Medications – Healthy People Are Drug-Free.

At the McDougall Program we are able to have most people stop their blood pressure, type-2 diabetes, indigestion, constipation, pain and many other prescription and nonprescription medications. The two reasons medications are commonly stopped (or reduced) are:

You will find these discussions on how I treat problems like Mary’s helpful. They are found in my newsletter archives (www.drmcdougall.com):

December 2004: Lose a Half Pound a Day – Setpoint
January 2005: Pushing Your Set Point to the Limits
The McDougall Program for Maximum Weight Loss

September 2002: Cholesterol – When and How to Treat
February 2003: Niacin – A Time Honored Treatment for Cholesterol and Triglycerides
June 2003: Cleaning Out Your Arteries