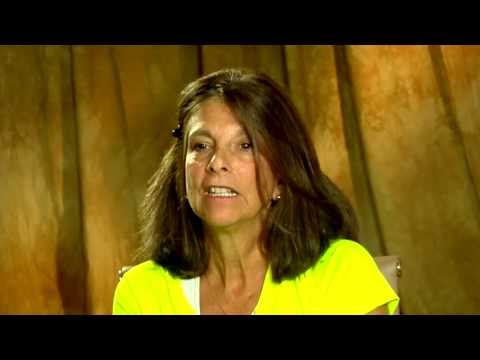 When I was five years old my aunt died of breast cancer in our home. My mother and sister also had breast cancer. My mother later died of Alzheimer’s, but she also had diabetes, osteoporosis, and had had several open-heart procedures. Both of my sisters have heart disease, and my sister who hasn’t had cancer has diabetes. In addition, both of my parents and their parents had diabetes.

Given my history, shock and awe transform my doctors’ faces when they discover that I am 54 and am on no medications. All of these diseases, they told me, are genetic and there is nothing I can do about them. But they are wrong. This is my story of how I found great health and beat the genetic odds that were working against me.

In 1981 when I was 28 and working as a TV reporter, I suffered a life-threatening colon blockage; the fast food of a fast-paced career had caught up with me. I became so doubled over in excruciating pain that two of my co-workers had to carry me to the car and drive me to the emergency room. The doctors said they had never seen a colon blockage that large in someone so young. They said I could avoid surgery this time but I would need to be on medication for the rest of my life (they had to manually remove the blockage, a pain that was worse than going through natural childbirth).

I felt I was too young to be on medication for the rest of my life, so I began reading every book I could find on fiber, including Don’t Forget Fibre in Your Diet by Denis Burkitt and Diet for a Small Planet by Frances Moore Lappe. The relief was almost immediate. I started out by adding bran to my food and then slowly revamped my diet completely. I ate an almost completely plant-based, macrobiotic diet for a year, and when my busy lifestyle began to overwhelm me, I discovered The McDougall Plan.

During my first pregnancy I was told that I needed more protein, so I started eating dairy again. When my daughter (who was breastfed) had screaming colic at six weeks old, and nothing else worked, I decided to stop the dairy. As a result, the colic vanished. I also noticed that when I gave up dairy, my sinus issues resolved (I often couldn’t get through a news story without sniffing or clearing my throat).

Looking back over the years, my cholesterol numbers tell me exactly how well I was adhering to a good diet (I saved all my test records). From 1999 to 2000, my cholesterol climbed from 135 to 203, which reflected my straying: that was the year the Atkins Diet was in high fashion (for a second time). I foolishly thought maybe the science had changed; that’s what the news stories were saying (the only thing that had changed, however, was the marketing of high-protein diets). I was now working as a financial consultant for a Wall Street brokerage firm. When I saw that people in the office were losing lots of weight, I thought to myself, “All these Wall Street brains couldn’t be wrong, could they?”

So, I started eating fish again and found myself in the emergency room for the second time in my life. I was hemorrhaging with painful fibroid tumors that needed to come out, said the ER doctors, who were also recommending a hysterectomy and ovary removal (to stop estrogen production, thereby putting an end to my menopausal symptoms and hopefully future fibroid growth). At this point my weight was at its peak: 147 pounds, which was not pretty on a 5’3″ frame. My attitude was to just get it over with, but when I called my gynecologist that day she said to just sit tight until she could meet with me.

When we met, she said, “Why don’t you go back to a low-fat, plant-based diet.” I took her advice, and within a month all my symptoms (painful fibroids, headaches, symptoms of fibrocystic breast disease, and even hot flashes) were gone. Previously, my husband would often remark (as I broke out in profuse sweating), “You’re flashing again, dear, aren’t you?” He was amazed that the flashes ended almost overnight and that menopause became a breeze for me.

This return to a low-fat vegan diet also resulted in a 25-pound weight loss. I wasn’t trying to lose weight, I was just trying to keep my uterus. I was never hungry and never counted calories; just sticking to the McDougall Maximum Weight Loss plan did it. I ate only sweet potatoes as my main starch, along with lots of raw and cooked green and yellow vegetables until I reached my goal weight of 122.

I also began running again, but only after I took off enough weight to decrease the inflammation in my joints, and the pain in my back and knees. In the past year I have placed 2nd and 3rd in my age group running in 5K races. I used to run in my twenties and thirties, but never placed in a race. When I started running again, about two years ago, my goal was simply to finish, so placing has been a real thrill.

During the last visit to my gynecologist, she laughed and said, “Look at your tiny waistline!” I had never before thought to put “tiny waistline” and me in the same sentence. She tells her overweight patients who say they have no money to buy healthy foods, “Either you pay the money to buy fruits and veggies now or you’ll pay later when disease hospitalizes you.”

Discovering how to beat cancer and other diseases while maintaining a healthy weight has become the investigative reporting job of my life. However, one of the saddest things for me is to see others who suffer so much yet refuse to look at new ideas that might save their lives. My friends are amazed at how much weight I’ve lost and how in shape I’ve become. I’m always loaning out books and being supportive when I can. As for my relatives, they often tell me their diseases are genetic and are a natural part of aging. My family warned me of the varicose veins I would succumb to, but not one has appeared. But I have learned that information about better health cannot be forced or preached. Listeners have to be receptive and ready. All I can do is lead my life by example. It is so true what Dr. McDougall says: People choose a steak over life. When I hear people say, “But eating that way is difficult,” I wonder if they realize that having their chest cracked open during surgery would be far more difficult.

As for my doctors, this is a gradual learning process for them. I now greet them with, “Hi, I’m the broccoli rep.” A 300-pound cardiologist I saw last year remarked to me, “You have the heart of a 21-year-old. That diet and exercise thing is really paying off!” I now seek out doctors who better understand the pathways to true health.

In addition to working full-time with my husband in his media-training business, I also teach free nutrition classes (through the Cancer Project) at hospitals, community centers, and condo associations. The class evaluations people write are better than any paycheck or Emmy. The marketing director of a hospital where I held classes recently wrote, “We will definitely work together again. What you are teaching is so critical to our population.” When you can change lives and improve health through such simple steps, there is nothing like it. Please take a look at this story and online video of me talking about the Cancer Project on Tampa Bay’s 10 News on September 10, 2007.

“Why doesn’t everyone do this?” is a question I have pondered for 30 years. The results are consistently excellent. The food is delicious. I believe the largest stumbling blocks are: people do not believe they can regain their lost health and appearance, and they believe they are incapable of changing. Amazing, how much life is lost for invalid reasons.

Yesterday, Mary and I were enjoying vegan tamales with black beans at a bayside table at Guaymas Mexican/Seafood restaurant in Tiburon (north of San Francisco). To my right sat three plump women (upper arms as big as my thighs), eating fried clams, fried shrimp, and fried vegetables. The odors from their dishes almost
spoiled our meal. I watched all three hobble with great effort to their table. They appeared well-dressed and sounded well-educated. I kept looking at Mary and thinking these women are at least a decade younger than you are and they are disabled because of their health and appearance. For what? Grease, salt, and sea-animal proteins? It was all I could do to keep from asking them to try some of my tamale, or at least a bite of black beans, and hand them a business card. As I looked across our table, and I whispered to young- and fit-looking Mary, “Thank you,” she had no idea what I was talking about.

Where have all the pretty women and handsome men gone? Over to the dark side of dining. They have sacrificed central parts of their life for yellow and brown food that tastes oily and salty, and smells repugnant. However, these potentially beautiful people are not in this state of unsightliness for a lack of interest in themselves. They care enough about their appearance to spend thousands of dollars on clothes, cars, makeup and perfumes in hopes of enhancing their attractiveness. They simply fail to see the connection of good health to good eating.