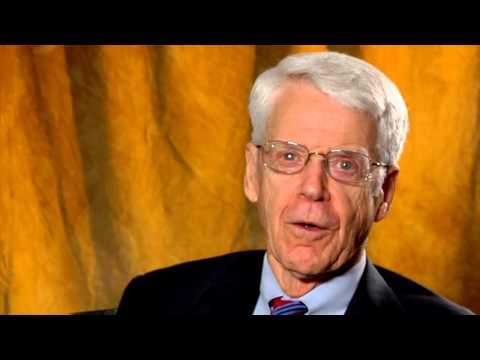 This is a two-part interview:
Caldwell B. Esselstyn, Jr., MD: How to Reverse Heart Disease Part 2

Caldwell B. Esselstyn, Jr., MD has been associated with the Cleveland Clinic since 1968. Based on the groundbreaking results of his 20-year nutritional study—the longest study of its kind ever conducted, his book, Prevent and Reverse Heart Disease, explains, with irrefutable scientific evidence, how we can end the heart disease epidemic in this country forever by changing what we eat. In 1991, he organized the first National Conference on the Elimination of Coronary Artery Disease, and in 1997 he chaired the Summit on Cholesterol and Coronary Disease. In April 2005, Dr. Esselstyn became the first recipient of the Benjamin Spock Award for Compassion in Medicine.