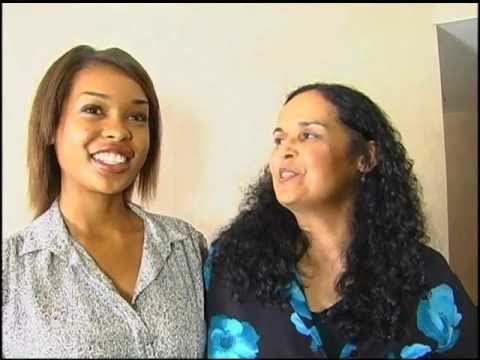 Juliea Baker was diagnosed with Juvenile Rheumatoid Arthritis (JRA) when she was 16. After changing to the McDougall Diet she is now completely cured.

Juliea Baker, in her own words.

My name is Juliea Baker and it’s a miracle that today I am a healthy 18-year-old college student. When I was 15 years old, totally out of the blue, I awoke one day with severe jaw pain. The pain hurt so bad I could barely chew any type of food for days. My mom took me to the doctor and they could not find any reason for the pain. The doctor prescribed ibuprofen and suggested that I see a dentist that perhaps it was TMJ or something to that effect.

Shortly thereafter the pain disappeared. Over the next few months I began having soreness in one shoulder then the other shoulder. At first we thought I was sleeping wrong or carrying too many books in my backpack. Once again the pain disappeared. When the pain came back in my knees my mom knew something was wrong and took me back to my pediatrician. This time they ran blood work and found that my Rheumatoid Factor (RF) was elevated to 19 mm/hour, 2 points higher than normal, indicating I had generalized inflammation in my body. They were not alarmed, as there could be many reasons why it was slightly elevated. My doctor referred me to a rheumatologist at a famous hospital in the San Francisco Bay Area.

At the time of my first appointment with my rheumatologist I was having pain more frequently in my hands and my feet. The doctor ordered x-rays of my complete body and a full panel of blood work. Now almost a year into my disease, my RF was elevated even higher but it still was not clear what was wrong with me, and the pain was still traveling to different joints and sometimes disappearing altogether. The doctor put me on Naprosyn (naproxen) and scheduled me for monthly visits consisting of blood work and x-rays.

Finally at Christmastime when I was 16 1/2 we realized something was very wrong: my knuckles were very swollen and I couldn’t make a fist without intense pain; even shaking hands was painful. My right foot was so swollen I couldn’t wear a shoe comfortably, and I walked with a limp. I actually told my mom that I thought my foot was broken because it hurt so badly whenever I walked. During my next doctor’s appointment I was diagnosed with juvenile rheumatoid arthritis (JRA). My RF was now at 39.7 mm/hour, and my antibody markers were elevated, also confirming the diagnosis and indicating that my body was attacking itself (an autoimmune disease).

Every morning when I awoke I could barely get out of bed, I felt like I was living in a 60-year-old’s body. I became even more depressed when at my next doctor’s appointment they told me they were going to put me on methotrexate (a drug given to cancer patients) in a low dose to suppress my immune system in order to keep the arthritis from permanently damaging my joints.

My mom and I were stunned with this news. I went home and began to research methotrexate. The side effects of this drug were so frightening that I begged my mom not to put me on it. Eventually, I told my mom I refused to take it. My mom began to research the drug and agreed that the side effects sounded too dangerous. My mom called my doctor and asked if we could try something less severe, and she was told that there wasn’t anything less dangerous. In addition, I was told that if I went on the drug, I would have to stay on it for a minimum of two years, and the longer I was on the drug the more toxic it was to my liver. My mom agreed with me that we should look into alternate, more holistic ways to treat my illness.

Just by chance, during this time my mom and I were reading a book my friend gave to me about veganism, The Kind Diet by Alicia Silverstone. In the book there was a reference about several doctors who believed arthritis could be cured through diet. Dr. John McDougall was one of the doctors mentioned. My mom emailed Dr. McDougall with the story of my illness. We were so honored and excited when Dr. McDougall emailed my mom back personally. Although we were unable to have me participate in Dr. McDougall’s program, he said he would be happy to help me by recommending articles and books to read, and he gave us a diet for me to follow.

Dr. McDougall assured us that my disease was completely treatable through diet. He recommended that I begin by eliminating all meat, eggs, dairy, wheat, soy, and corn from my diet as well as my medication, ibuprofen, and that I should use aspirin for pain instead. He told us that it would take about four months for us to see the full benefit of eating a starch-based, animal-product-free and oil-free diet.

At first the strict elimination diet tasted awful to me and was very hard to follow. But through emails to Dr. McDougall, and with his guidance and encouragement, we were able to find a diet I could easily follow. Within a month or two I felt 90 percent better, with my only remaining symptom being the slight swelling of my knuckles.

Then, much to our dismay, soreness in my hands and feet would occasionally return. Once again, Dr. McDougall encouraged us to be patient and to follow the diet carefully so we could determine if I was curable through diet. My mom started looking at everything I was eating and we found out that one of the products that we thought was vegan, was really vegetarian, and had egg whites in it—I was eating egg protein for breakfast every morning without even knowing it. Once I eliminated that one product from my diet I began to get totally well. Through my experiences I found that eggs and dairy are my triggers. I can eat soy, wheat, and corn with no problems. But if I accidentally eat anything with eggs or dairy in it, the very next day my hands are stiff and sore.

I am a testament that serious illness can be cured through this diet. Dr. McDougall has saved my life, literally! I cannot imagine where I would be now had I not picked up that book by Ms. Silverstone with the small story about Dr. McDougall and his belief in curing illness through diet. If my mom had not contacted Dr. McDougall and he had not responded, I would be suffering terrible pain, have disfigured joints, and be taking a horribly toxic drug. Instead, my life is filled with joy and I am a healthy happy 18-year-old with a bright future before me!

Our children are sick. Juliea is an excellent example of the suffering that is caused by current dietary recommenda-tions, which serve to keep the profits of the meat, dairy, and processed foods industries stable and rising. Industry’s powerful influences on what is “good nutrition” extends to dietitians, doctors, scientists, and politicians.

The foods children are encouraged to eat are making them fat, greasy skinned with acne, and constipated. Not just a few children, but most of them. In some cases, like with Juliea, milk-induced autoimmune diseases damage their kidneys and joints. They can become crippled, hospitalized, and sometimes they die because experts teach us that cow’s milk and other animal foods are good for us. The excuse often given by general doctors, pediatricians, dietitians, and other experts for not standing up to protect the children is ignorance. Many are simply afraid to step out of line and risk criticism from colleagues, and even more fearsome is the possibility of legal action from offended businesses.

I have personally cared for three children with JRA and all have done extremely well on the McDougall Diet. There are also three reports of JRA cured by stopping cow’s milk in the published scientific literature. One report was of a 14-year-old girl who had been so sick with JRA that she was hospitalized nine timesover the previous six years. Her diet had been primarily based on dairy products because she had an aversion to meat. Three days after starting a dairy-free diet her persistent fever disappeared, and after one week her joint swelling subsided. She gradually stopped all medications and her problems of fever, joint pains, and anemia all resolved. Eighteen months later an experimental challenge with dairy foods was done and within ten days she was sick again. The child refused to eat any more dairy foods. In another study, nine patients suffered with inflammatory arthritis thought to be due to food allergies, including dairy and eggs. Two of the patients were young enough to be classified as having JRA. Elimination of dairy products cured at least one of them. Children as young as two years old have been described with JRA due to cow’s milk. You can find many examples of people who have cured themselves of crippling inflammatory arthritis by changing their diet, under my Star McDougallers.

Dr. Ratner reported on children and adults with milk-caused inflammatory arthritis 26 years ago and recommended in his 1985 article on JRA, “In view of the excellent medical results in this case, we suggest other cases of JRA…be given a 3-week trial of diet completely free of cow’s milk protein.” Why not? What are the risks and costs? None. What’s the possible benefit? A cure. In fact this is a likely benefit with results beginning within 4 to 7 days after initiation of a healthy diet.