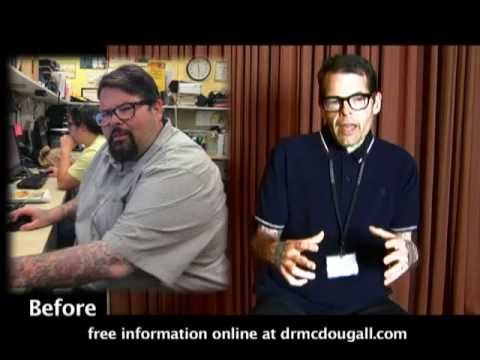 Frank struggled with obesity his entire life and tried a number of starvation and other fad diets….but nothing worked until now.

After attending a McDougall/Whole Foods 8-Day Immersion he no longer deprives himself and eats as much as he wants of a McDougall recommended starch-based diet. As of the taping of this interview, Frank has lost nearly 160 lbs, has a bright future and is no longer a drain on his company’s health care budget.