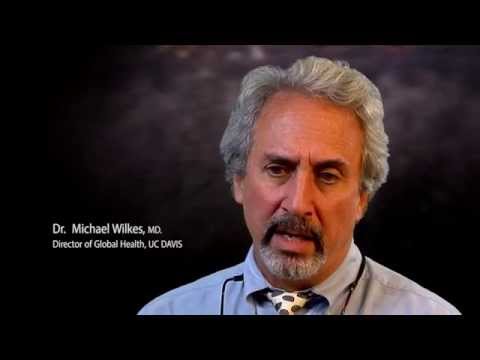 Dr. Wilkes is widely known for his efforts to introduce medical students to the humanistic side of being a physician, and for working tirelessly to include the public health and social sciences as part of training physicians. As Vice Dean of the UC Davis Medical School he lead the way toward enormous changes in medical education including starting a rural training program, starting a mentoring program intended to promote care of the under-served, the building of a new education building that would change the way students are taught including a dramatic shift away from lectures toward small group and interactive learning. Wilkes has won national and international awards for his creation of the “Doctoring” curriculum that focuses on end of life care, nutrition, doctor-patient communication, clinical reasoning, and conflicts of interest to name but a few areas.

Dr. Wilkes is also an award-winning journalist who had worked for the New York Times, The Los Angeles Times, ABC news, CBS news, and McClatchy Newspapers. He has worked for National Public Radio (NPR) for the last 25 years and is currently senior medical commentator. His journalism is hard-hitting, and evidence-based and has consistently focused on the problems within the bio-industrial-academic complex including conflicts of interest and ethical issues.

In his current capacity as Director of Global Health at the University of California, Davis he works with the UC Davis Medicine, Veterinary, Nursing, Agriculture and Engineering faculty and with medical and health sciences schools around the world as they seek to train the most capable health providers to address local health needs. He just returned from a year in Rwanda where he was senior consultant and visiting professor for Harvard Medical School working to develop a new Health Sciences School. At UC Davis he is the Director of the UC Davis’ Adolescent Clinic.